There was an open beta for Gears of War: Ultimate Edition between June 15-23. In a blogpost, the game's developers revealed some interesting details and improvements that will make it into the game as a result.

For example, The Coalition are tuning the effects of multiple weapons and are also fixing some bugs found in various maps, weapons, matchmaking and so on. You can read the full list under the picture below.

During the eight days of beta there were a total of 41.2 million kills in the game, of which 1.6 million were done with the series' signature chainsaw. Players from 66 countries played over one million matches, and the total playing time equals around 120 years. 786,415 unique users participated in the beta.

Gears of War soundtrack to get remaster and vinyl release

It will be to mark the original trilogy's 15th Anniversary.

Would he be a good fit for the Gears of War movie?

The Gears of War film is still in production

Shane Salerno is confirmed to be a screenwriter for the film.

Gears: 60 frames per second "changes the way the game feels"

We chat with The Coalition about Gears of War: Ultimate Edition. 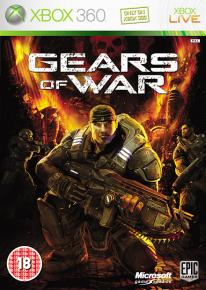