Turn-based tactics games have been around for what feels like forever. The setup lends itself to a wide range of hardware configurations, not only because of the pacing of the gameplay but because the turn-based nature of the genre means that your system isn't overworked (at least not usually). The genre has been taking turns on PC since the '80s, and if you look back through the pages of history you'll note names such as SSI and Blue Byte mentioned with great frequency. However, another regularly mentioned name is that of Julian Gollop. Gollop, along with his brother Nick, was responsible for a number of games, but none will be as familiar to you as X-COM (or UFO: Enemy Unknown, as it was known here in the UK at the time of its release back in 1994).

Gollop iterated on the concept a number of times over the years, but as the world moved into the 3D era, turn-based tactics was a genre that fell by the wayside somewhat. It never completely went away, indeed the basic mechanics have appeared in a fair few role-playing games over the years, but it rarely stood tall on its own and it wasn't at the forefront of the strategy genre either, with real-time games evolving into MOBAs in the period between then and 2012, the year that the turn-based tactics genre finally returned to the top table of gaming.

And it did so on the coattails of Xcom: Enemy Unknown, this time without Julian Gollop at the helm (though we should add that right now he's working on a spiritual successor called Pheonix Point). In his place was Jake Solomon, who directed a team at rights-owning Firaxis, with the project in development on and off for many years before. The team toiled over the earliest builds and it took a lot of iteration before they worked out the kinks and got everything working as desired. And we're so glad that they stuck with it because the end result was a game that single-handedly revived an ailing genre.

There were a bunch of well-implemented features, but the one that really stuck its claws in and wouldn't let go was permadeath. Firaxis let you tinker with your squads, upgrading them via a more or less binary skill tree that had just enough variance to give your units a dash of much-needed personality and distinctiveness. Mixing specialist weapons (dictated by the class they were assigned at random once they'd earned their stripes) with hand-picked skills gave you options on the battlefield, but it was the character customisation and the fact that you could name them that strengthened the connection.

These crews of carefully constructed and increasingly competent soldiers would be sent out on assignments, and over time they'd become a well-oiled machine, with a sniper supporting a carefully balanced alien killing strike team that moved purposefully through a tiled world in search of its next objective. And so it would go, lulling you into a false sense of security until the point you were practically coasting, storming through buildings to take out the enemy. But just at the point when Alien turned into Aliens, when unprepared fearfulness turned into aggressive bravado, Firaxis would shift through the gears and hit you with a combination of devastating blows.

Much of Xcom's brutal charm comes from its difficulty spikes. Normally that sort of thing is considered poor design, but these particular spikes are, more often than not, entirely avoidable. It's often in those moments when the player over-extends - that calculated risk too far - that everything unravels. With new enemy units introduced quite out of the blue at times, Firaxis revelled in taking the player by surprise at key moments, giving its increasingly menacing units a platform to disrupt even the best-laid plans. One over-exposed trooper could go from being the vanguard of a potent fighting force to the first victim in an alien killing spree that in a minute or two could inflict enough damage to undo hours of work and careful planning.

The Ironman mode that stops you from restarting a failed mission is the secret sauce that brings it all to life. You can scum your way through the game should you wish, and you'll still have a lot of fun playing it that way, but the fear of making a genuinely fatal mistake enhances the Xcom experience immeasurably. By keeping the player pushed up against the precipice, Xcom: Enemy Unknown offered a distinctly exhilarating experience to its players where the punishment doesn't pull its punches.

When relaxing away from the battlefield there was a strategic element that had you building your base, researching new gear, and talking to a whole host of characters who were on hand to advise you as you looked to fight back against the encroaching alien threat. There was plenty to busy yourself with between battles, much of it taking place in the command centre where a giant globe - the Geoscape - revealed where the next battle is likely to take place. But for all the air battles, the faceless government officials, the alien biopsies and technological advancements, it was probably the memorial that stayed with us most vividly. It was nothing more than a digital wall in a digital base that marked the passing of digital characters who never lived. Except it was more than that, more than a monument to our failures - this memorial also represented a series of connections, the links made between the player and a character that had played some small part in an evolving story. Firaxis's greatest success, then, wasn't making you care about those little soldiers, letting you invest in them and worry about what might happen to them, it was having the guts to do all that and then kill them anyway. 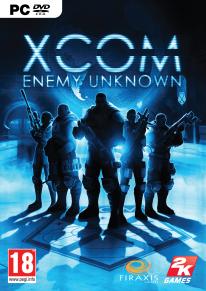