2020 marks the ten-year anniversary of Pokémon Black and White, a pair of games that are often seen as the black sheep of the franchise. Despite shifting 15.64 million copies (an admirable feat for most other series), the titles still represent a commercial low point and are the franchise's weakest selling games. Despite all this, I still look back on Generation 5 with a lot of affection and appreciate the steps that they made to try and push the series forward. Acting as a reboot of sorts, the titles featured an exclusively new cast of creatures, took place in a region not inspired by Japan, and introduced new mechanics such as seasons.

It may not seem like a big deal nowadays, as we have seen regions inspired by France (Kalos) and the UK (Galar), but basing Unova on a country outside of Japan was a first for the series. The American-inspired region might not be my personal favourite (that honour still belongs to Hoenn), but I still found it to feel varied and grand in scope. Desert Resort, for example, is the most expansive desert-based region we have seen to date in the series and is fun to explore with its gushing sandstorms and sinkhole-infested ruins. Castelia City is another highlight with its populated streets and many different skyscrapers you can enter.

The region was also home to many gyms that I found to be challenging and creative in design. The Nimbasa Gym, for example, is like an amusement park, as players have to make their way around using rollercoaster cars, and the Mistralton City Gym tasks you with firing yourself out of several cannons before reaching the Gym Leader. The newer titles may have received flack for being painfully easy, but I found taking on some of these Gym Leaders to be a real headache. An early game roadblock was Lenora's Watchog, which could lull my Pokémon to sleep using Hypnosis and inflict some major damage with the combo of Leer and Crunch. I also remember Elesa's Zebstrika being a real pain, as it was incredibly fast and knew two very potent special moves (Flame Charge and Spark).

As well as its Gyms and real-world inspirations, the region stood out as it featured only new creatures and no returning Pokémon (not until the post-game). There was a whopping 156 Pokémon added, which is higher than any other generation, and within every patch of grass, there was always a high chance of running into something you hadn't seen before. This was quite a risk to take as there was a chance of alienating those older fans who hadn't played for several years. It also showed Gamefreak's confidence in these designs to feature them exclusively without falling back on some old favourites. Some of my personal favourites were introduced in this generation, such as Chandelure, Haxorus, and Hydreigon.

Black and White also innovated in several ways as they introduced seasons, triple battles, and were the first core titles to receive sequels. Seasons (which have just been added to Pokémon Go) helped to tie the outer world and the world within our DS together, as the music and scenery of different routes adapted depending on the time of the year. Triple battles provided a fun twist on the typical turn-based formula. Here the placement of your creatures on the battlefield was awfully important, as it can impact how vulnerable you are to attacks and who your Pokémon can target on the other end of the battlefield.

The story here I found much more invested in too, as the evil team's goal (at first glance) seemed much more relatable. Instead of striving to enslave powerful Pokémon or flood the entire planet, this gang of misfits hoped to free Pokémon from the captivity of their trainers. The story also featured intriguing characters such as N, a member of Team Plasma, who believed he could communicate with Pokémon in a Dr. Doolittle fashion. As I mentioned too, the games also came with sequels (Black and White 2), which continued the story and were set two years after. This was a first for the series and allowed us to see how our actions in the first game helped to shape the region as a whole.

The presentation for Black and White has received some criticism for not looking as crisp as its predecessors, but I found the pixelated visuals to look more expressive than ever. Instead of static images, as they were in Diamond and Pearl, Pokémon now moved around in battle in their own distinctive manner. It may be subjective, but I always preferred the sprite-based visuals, and this was Gamefreak perfecting their crafting before moving into the realms of 3D with X & Y. The music was equally as excellent, and saw composer Junichi Masuda experiment with more electronic sounds. Very few tracks from the series manage to capture the intensity of battle, as the theme that is played when battling against evil boss Ghetsis did.

Marking the end of Pokémon's 2D era, Pokémon Black and White are two standout titles that have aged spectacularly well since launching a decade ago. For many, they may not be regarded as classics like Gold and Silver or Red and Blue, but I still feel that they are an innovative pair that should be played at least once for fans of the Pokémon series. Hopefully, the wait won't be too long until these titles inevitably get remade, but then again, 14 years later we are still waiting on those much-requested Diamond and Pearl remakes.

When, where and how you can enter.

Pokemon sells one million in a day

Return to form for monster collector

Black and white out in March

Out in the US in March 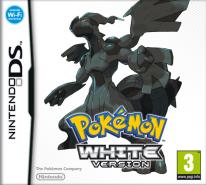