Fans of the Mass Effect series are no doubt celebrating its 10th anniversary, and now Gaming Heads has announced something that might be of interest to such fans, as they're producing collectible statues of one of the characters from the series: Urdnot Wrex.

The statue stands at around 23 inches tall, including the base, and is cast in polystone resin, with a hand-painted finish for that added krogan detail. The regular edition features the Graal spike thrower shotgun and is limited to 1,000 units worldwide, whereas Gaming Heads' exclusive edition comes with the open left hand, clenched left hand swap-out items, and the M-300 claymore shotgun, limited to 500 units worldwide.

Each statue comes in a full colour deluxe box and has an individually numbered base and authenticity card, to make sure you're getting the real thing.

If you're interested in the statue, you can find more details on the website, and you can pre-order it now for $599.99 USD if you so wish (roughly £450). Bear in mind, though, that the expected delivery date is Q4 next year.

Could this be the perfect Christmas present for next year? 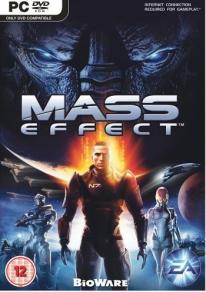