Westeros is celebrating. Hundreds of tents are crammed full of drunk souls singing together, the cold creeping in as the evening draws in. Outside the tents there's a bunch of soldiers around a fire listening to a well-built man with a big black beard as he babbles about the capture of the famous Jamie Lannister. Meanwhile we listen, an errand boy, all ears while we clean our master's bloody sword. When the wine runs out, the cocky man tells us to fetch more grape juice. While we go to the filling station the camera pans slowly up and a text appears which gives us the creeps. We're outside Walder Frey's twin towers, and we're attending a special wedding.

The story then begins at the infamous "The Red Wedding," where members of the family Forrester are enjoying the festivities outside of Walder Frey's huge twin towers. The house Forrester has long been allies of the Starks. When the cruel events of "The Red Wedding" take place, not only do the Starks lose important family members, but so to do the Forresters. These events conspire so the young Ethan Forrester become the family's leader back at home in Ironrath, there he's forced to obey Roose Bolton and his tyrannical son Ramsay.

Told from several different perspectives, Telltale Games gives us a handful of Forrester-oriented protagonists to play with - among others Margaery Tyrell's maid, Mira Forrester, squire Gared Tuttle, and the young Lord Ethan. From the introduction we notice an interesting feature: the family Forrester is, in Telltale Games' take on the Game of Thrones series, a reworking of the Starks. For example, Mira, like Sansa Stark, is embroiled in the social and political power games in King's Landing, while Gared Tuttle is torn between obligations to The Nights Watch and the Forresters, not unlike a certain Jon Snow. These are only two examples of many. A complaint? Yes and no. Despite the fact that the characters themselves are not particularly original, they are nevertheless incredibly well written.

If you've read the above and you don't have a clue what we're talking about, if you're not versed in George RR Martin's fantasy world, this game is probably not for you. It's so referential that unless you're reasonably familiar with Game of Thrones, you probably won't get much out of this. However, if you're a fan of the series or books then there is a lot to enjoy here.

From the first episode it's clear that Telltale Games have captured the essence of Game of Thrones. When controlling the various characters' you have to make a lot of tough choices, decisions that gel with the tough and unjust world that is Westeros. As proof of all this you will see buckets of blood spraying out of people's various body parts and the language is extremely course, especially when coming from the mouth of Lord Whitehill.

Lord Whitehill is the game's antagonist, and he's a real bastard. It's almost as if he's competing with Ramsey Snow to see who can be the biggest jerk in Westeros. Whitehill and Forrester have been bitter rivals ever since a Forrester stole rhubarb from outside a colonial house owned by the family Whitehill. Or something like that. You can never be entirely sure exactly why these families are enemies, so we've just filled in the blanks with our own narrative. No matter what the reason is, all you really need to know is that these families don't like each other, and that Whitehills wants to grab Forrester's famous Ironwood Forest. Enough about the story. How's the game?

Game of Thrones is without a doubt a good game. Assuming, again, that you like and are familiar with the books and subsequent television series. Sure, the graphics are outdated and the game is essentially a point-and-click adventure, an updated take on the formula most popular in the 90s, although the visual design is sometimes accentuated by startlingly beautiful brushstrokes. That said, no-one buys games by Telltale Games because of the visuals, right? It's more about story and the characters.

This is something that Telltale Games most certainly delivers. As we mentioned before, the main characters aren't particularly original, but in the end, it really doesn't matter because they are so well crafted. Not only the main characters, but all the characters we meet throughout the game. Not only that, the voice acting does an exceptionally good job of bringing them to life. Yes, even Peter "Dinklebot" Dinklage, back in a more familiar setting, does a good job. This plays a big role in Telltale Games' success, their recipe is dependent on two key ingredients: compelling characters and a cruel, twisting narrative. The latter doubly so.

When it came to the story, we were somewhat ambivalent. The whole thing is like an emotional roller-coaster that never ends, with extremely low lows and very high peaks. Sometimes we got so indescribably emotional that our eyes would well up, moments such as the end of episode two. On the other hand, certain parts were so boring that we wanted to tap the A button and fast-forward to the next episode. There's no clear balance here, which is a pity. Overall, however, there are more positive moments than negative.

Alas there's some stiff facial animations. In many genres it's an almost irrelevant element. In this case, that's not the case, as here facial expression plays a large role. Unfortunately, Telltale Games has failed miserably in this respect. We're not asking for super-realistic facial animations a la LA Noire or The Last of Us, but the woody facial animations simply don't cut it in a game that is so dependent on conveying real emotions. We can't recall how many times we were completely pulled out an emotional scene when facial animations didn't align with the words coming out of the character's mouth. This is a misstep and it's something that must be improved upon in season two.

Another thing that needs to be either improved or completely removed, are all the "filler" scenes. We're referring to playable scenes that are there just for the sake of it, scenes where a small text box invites us to "go forward" and after we take two steps it cuts away directly to a cutscene. The same applies to scenes where we can move about freely in rooms. In very few cases, two in fact (at least, if we recall correctly), there is a genuine reason for being able to move and take direct control of the action in terms of picking up valuable items. Otherwise it's quite a pointless feature and a waste of time. There are no puzzles or riddles to be solved, everything runs smoothly; your job is merely to choose which path you want to walk on.

Of course we're referring to all of the choices that you have to make along the way. Unfortunately your choices don't seem to matter all that much. Technically it does of course matter, but in terms of cause and effect, being guided by either emotion or wisdom makes little difference either way. We played through the whole adventure twice, once on iPad and once on PC. We tried to take the story in two completely different directions, but in all honesty we found no major differences between our two respective playthroughs. That's not to say that there aren't differences, they're just not sufficiently obvious for them to justify a third pass, maybe not even the second.

The biggest negative is, unsurprisingly, the restrictive action. The formula is well-worn and showing its age, especially when it comes to all the battle scenes, that pretty much lack any sort of excitement. Finally, the ending, is a underwhelming. That is if you can even call it an ending. Telltale Games has failed to tie things up adequately, ensuring that the whole thing ends on a very abrupt and unsatisfactory note. There's plenty left unresolved, and some of the characters' fates were extremely strange. It almost felt like there was an entire episode missing from somewhere.

Even if there are moments of boredom here and there, there are still plenty of shocking moments and unexpected conflicts in the story, events that will make your heart skip a beat or two. Much like it did during The Red Wedding the first time we all saw/read that. It might not be perfect, but this season of Telltale Games' Game of Thrones does create some memorable moments.

HQ
Gamereactor UK
+
+ Some tense moments, true to the Game of Thrones world, interesting characters.
-
- Limited options, stiff facial animations, the end wasn't great.
is our network score. What's yours? The network score is the average of every country's score 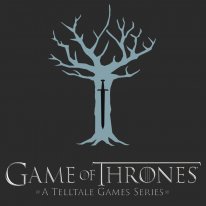