Microsoft has moved to clarify confusion surrounding who will be receiving a free copy of FIFA 14 for Xbox One.

Originally it was announced that all Xbox One pre-orders would receive a gratis digital copy of the game, but it seems now that this was never the case, and that only those who pre-order the Day One Edition of Microsoft's next-gen console will receive a download code.

Microsoft social marketing manager Graeme "AceyBongos" Boyd confirmed as much on his Twitter account: "Had a few questions on this so wanted to clarify: FIFA 14 will only come free with Xbox One Day One Edition pre-orders, while stocks last."

If you're pre-ordered an Xbox One hoping to get FIFA 14 as part of the deal, but haven't ordered the Day One Edition, now would be a good time to make another visit to the retailer who holds your deposit. 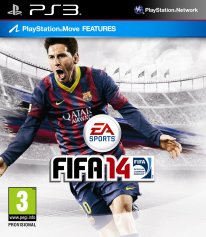