Turn 10 used Microsoft Showcase to reveal the future of Forza, announcing a collaboration with new studio Playground Games to create Forza Horizon, due later this year.

Exactly what Horizon is isn't known: Turn 10 producer Dan Greenawalt introduced the product by way of a short teaser trailer. The live-action footage intercut dancing crowds at a concert with footage of sports cars, all backed by Chemical Brothers track "Hey Boy, Hey Girl", and ended with a logo.

No other information was given, but at a post-presentation interview Dan confirmed this is not Forza V.

Collaborator Playground Games is a UK outfit formed of developers that've graced the credits of the likes of TOCA, McCrae and DIRT - offering a prestige in the racing genre that's a good fit with Turn 10's strive to turn gamers into car lovers.

So what does Horizon hold? Conjecture would suggest an expansion of Forza's community perhaps along COD's Elite service, or MMO elements aping at least some of Test Drive Unlimited's setup.

Either way it's a mystery - and all eyes are on E3 to see if guesswork proves correct.

REVIEW. Written by Thomas Blichfeldt on the 12th of October 2012 at 08

"Forza Horizon is a fresh take on the genre that offers high quality in almost every regard."

The game won't be available from October 20.

Take on the open road.

Lots and lots of cars. 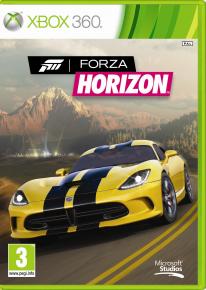