Taking a separate turn from Forza's creators afforded Playground a chance to build something different in the franchise's sandbox and avoid a collision with the same concerns that are raised with other publishers' multi-teamed series (here's looking at you Call of Duty). The name's the same, the expectation's similar, but the experience is different. Tight racing roads widened to open worlds, and a sense of exploration entered Forza that wasn't constrained to the menu screens. Want off-road? Don't select a menu option - drive there.

Horizon was far from the first racing series to offer the 'go anywhere' idea, but injecting the concept with a club festival flavour meant a modern day interpretation of the blue skies and cool vibe that were the hallmark of Sega racers. You raced as competitively as you would in Forza Motorsport, but the ambience was more chilled. Less driving school elite, more party hard.

It's an idea carried fully-fuelled into the sequel, as the side-series subdivides again, same design and ideas splitting across Xbox One and Xbox 360 versions, but with two sets of development keys. The ever-excellent Sumo Digital driving off with the old-gen take, leaving Playground to jack up the vibrance on Microsoft's newer machine. We took a three-car demo out for a spin on the company's post-E3 build, blasting along the same track that took us from the heart of the country through to a sweeping coastal route, finishing in a seaside port with crowds cheering and jets soaring past overhead. It may have been the pulse of the music, the extensive set piece sightseeing we did en-route, or just that we were playing this game only the other day, but we're more reminded of Sega's Outrun than we are of Turn 10's Forza Motorsport by the time we finish.

Playground obviously know how to make the route attractive beyond the killer curves that feed through country roads and mountain paths. As we tear through a Hay bale-filled field, air balloons take off as we approach. We lean subconsciously to the right in our chair as we fly underneath a rock overhang, and nearly crash into a bridge barrier as a sudden drop to our right removes the trees and allows us to drink in a vista that sweeps over the lower country and out into the sea (Rewind's still in place though. We skip back a few seconds to avoid the barrier, but then end up slamming into a oncoming car). If we can flip on the custom soundtrack, we're coming back this way with Magical Sound Shower blaring into our ears.

We're not quite as blown away by the detailing as we are the design, wider route choice given the sandbox meaning Playground can't visually embellish those postcard side-track snaps so aggressively as Forza Motorsport 5, a bigger world still scaling back the quality despite new-gen heft. But the choice of European setting still makes this a much more attractive destination. Road sweeps feel natural rather than specifically created for the game, and track-side diversity is enough during even this one race that we're engaged by both visual attractions and the challenge of corners.

There's more option with shortcuts, diverging paths beyond the HUD line mapped out in green and red along the route. That hay bale field early on sees AI competitors shake off the right/left curve of the road ahead and plunge directly through someone's crop, arrowing through to the road's next turn which lies at the field's end straight ahead. There are penalties for taking the shorter route, seen in the slower speed off-road in these trio of rides - Lamborghini, Nissan and Chevrolet - and missing on XP bonuses for taking a cleaner line (though we get some points for the air jumps as we come off hills). But this, plus a later right turn so we sweep under a bridge and along rough terrain rather than following the bridge along as it hugs a rock wall, suggests variety in routes, as long as you're willing to forgo a higher placement in the leaderboard early on as you explore.

A short demo, three times through. We can't say we didn't enjoy ourselves, but obviously we want to see more of the systems behind the game's design, the rest of the world and how this is going to feel online. Forza Horizon 2 feels like the perfect summer experience, but given its October release date, we'll just have to make do with a racing festival that reminds off of the sumner days our year's rapidly leaving behind. More fun that Motorsport 5? We hope so.

REVIEW. Written by Gillen McAllister on the 28th of September 2014 at 12

"Even if it drops down a few gears after a fantastic opening, Playground still offers one hell of a road trip."

Although you'll still be able to play it.

The second instalment in Forza's spin-off series gets GTA'd.

1988 Toyota Supra free for everyone.

Now you can really feel the rough terrain and unforgiving conditions in your arms...

Includes 80+ events and a new island for extreme racing. 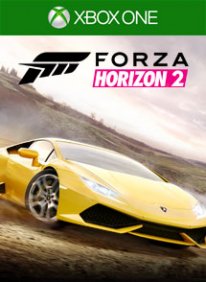