Sega and Sports Interactive have announced the release date of Football Manager 2021, which will kick-off on November 24 on Epic Games Store and Steam. You can now pre-purchase the game with a 10% discount ($31.49, with the original price of $34.99) and the chance to play the Early Access version of FM21 that will be available two weeks before the global release date. Also, you can continue your progress from the Early Access version to the final game.

The developer says that FM21 will emphasise more on the "personality and prowess" of the manager, but more details will be unveiled from early October, including the new features and licensing.

Moreover, after a hiatus from the platform since 2007, FM will finally return to Xbox once more, in the form of Football Manager 2021 Xbox Edition. The game resembles the Touch version of the game, but is "fully customised for optimal performance with the Xbox Controller." The game will be available on the current and next-gen Xbox consoles, and you only need to purchase once to play across the generations. It also includes the Play Anywhere feature that enables cross-save across Xbox consoles and Windows 10 PC. 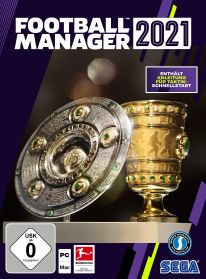