The Football Manager series (and by extension its creators at Sports Interactive) has always focused on portraying the beautiful game with as much accuracy as possible. To that end, the depth of the simulation that powers each iteration of the management sim is hugely detailed, and the developer tries to take as many things into account as possible when simulating professional football.

That's why it's noteworthy to hear that the game will no be updated to reflect the ongoing COVID-19 pandemic, which has caused professional football to stop completely in the vast majority of countries where it is played. It certainly doesn't help that there's a huge amount of uncertainty around how the rest of the season will play out, and so it's hard to see how it could be accurately simulated even if the developer wanted to, but it's clear that even if it was possible, the studio would not add it to the current iteration of the game via a content update.

"Just to let everyone know that we will not be doing an update to #FM20 to reflect this or postponed leagues as we want it to be an escape from Covid-19, not a reminder of it," Sports Interactive's Miles Jacobson wrote when explaining the decision, which is one we can get behind.

Of course, this begs the question of how they'll handle things next time, although for now, Jacobson is more focused on his team and keeping them safe. Once things are back to something that resembles normal it'll be interesting to see how the studio works these world-changing events into Football Manager 2021. 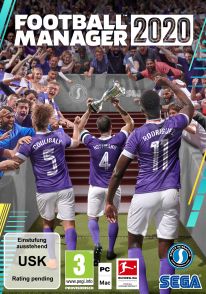