Bethesda was once developing an adaptation of The Elder Scrolls IV: Oblivion for the PlayStation Portable (also known as The Elder Scrolls Travels: Oblivion). The game never saw the light of the day (and never will), but now the first in-game footage of the canned game has leaked online.

The existence of this project is not news, as it's been public since 2009 thanks to the expert diggers at Unseen64, but now YouTube channel PtoPOnline (Zenimax Media have since pulled the content off YouTube) tells the full story and shows some real gameplay from the handheld title, plus at NeoGaf there's some added screens and details.

The reasons are still unclear, but looks like this spin-off for PSP was cancelled around 2007, with sources mentioning potential budget and hardware issues. This might be the most interesting description of the portable RPG:

"The short end of it is that the world wasn't open world. It used a HUB world, which is one of the areas that you can see in the screenshots. But the idea was that you would be able to travel to different areas from Tamriel that were also seeing Oblivion gates pop up, even Daggerfall was rumored."

Now, The Elder Scrolls IV: Oblivion for PSP looks pretty good if you ask us. It may not have been the full Oblivion experience, but would you have liked to have played an Elder Scrolls of sorts on your PSP? 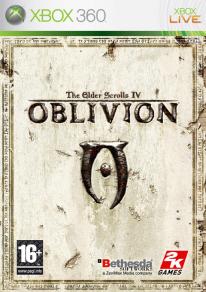