Dark Star and Another Indie revealed a new action game earlier this week, one that certainly reminds us of Dark Souls. Storywise we will experience the adventure of Adam, who is on some kind of pilgrimage to acquit himself of his sins. Those sins appear in the manifestation of giant bosses, not unlike a certain From Software series.

In terms of gameplay we get quite a few impressions in the reveal trailer, although the most interesting part was not featured there. As explained by Dark Star, Sinner: Sacrifice for Redemption will use an unique 'level down' concept, which sees us offering attributes points in exchange for fighting the sins bosses. Not much else is known how this system will work right now but it sure sounds interesting. Experience even more details about the game in the official description:

"A man without memories struggles to understand and deal with his past. Adam must face the incarnation of his greatest sins as he unlocks his memories and sacrifices to atone. But will Adam attain redemption or will he wallow in his past?

Sinner: Sacrifice for Redemption is set in a dark and forbidding realm with a twisted past and deep lore. Inspired by the Souls series, Shadow of the Colossus, and with a dash of anime styling Sinner promises to be a thrilling and challenging experience."

More information can be found here.

What is your position on souls-like titles? Are there enough out there already or do you want more?

Sinner: Sacrifice for Redemption coming to Game Pass this week

Battle against the seven deadly sins.

Sinner: Sacrifice for Redemption gets a release date

We only have to wait for April to come round.

Dark Star was certainly inspired by the Souls series. 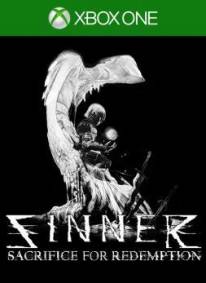