Final Fantasy XIV's producer and director Naoki Yoshida has announced that the MMO has passed 18 million registered players worldwide, also revealing the first details of Patch 5.2 as well, not to mention other goodies for players to enjoy.

For example, the Starlight Celebration Event is running from Wednesday until December 31, and you can find more details about the festive content right here.

A new Chronicles of a New Era quests lets fans discover the lore behind the new Weapon series too, with Eden's Verse coming in as the second chapter in the Eden raid series, featuring normal and savage difficulties.

The next update in the Disciples of the Hand and Land - called the Ishgardian Restoration Update - will feature gatherer-specific content in the Diadem as a part of this update, as well as high-level crafting challenges, a new ranking system, and more.

On top of all of this the Qitari will provide new Beast Tribe quests, tailored towards Disciples of the Land classes, and there's a new Anamnesis Anyder dungeon, job adjustments, PvP tweaks, and more.

Aside from the patch, we also know that the Shadowbringers art book, called The Art of Reflection, is now available for pre-order here ahead of its release in May, showing hundreds of pages of artwork.

Looking ahead to 2020 and 2021, a series of Fan Festivals were also revealed, with more details on the events in Europe, Japan, and North America to be revealed at a later date.

Those who haven't played the game can also try five free consecutive days (up to 120 hours) from now until January 14 too, as part of a free login campaign.

Is this the best time to be a Final Fantasy XIV player?

Square Enix's MMORPG Final Fantasy XIV is quite the success story for the developer/publisher.

You can get a mount, and all the items from previous editions will be available to purchase as well.

We've got our hands on the special package, and we've shared the contents with you via a new video.

There's a plethora of new content in the online RPG, and we're sampling it on today's stream with you guys. 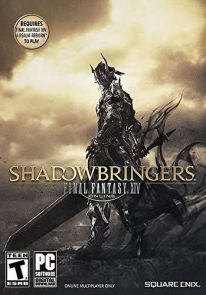