When the first trailer for Final Fantasy XIII came out, I felt as if though there was a hole inside of me. Something was missing from my life and I knew that it would never be complete until Final Fantasy XIII, the actual game, was released. While that hole has been filled by other games by now, there is something incredibly special about a new official Final Fantasy-game, no matter how much Square Enix have milked the name by now.

As always with a new Final Fantasy-game, or at least a new "real" Final Fantasy-game (wow, this will get complicated at some point), it introduces us to a brand new world and new characters. This time around it's a complicated story about a band of resistance fighters called Team Nora, led by the mysterious Lightning, that fight against powerful beings known as the fal'Cie and their oppression of mankind. That's the easy way of putting it; as usual different worlds, crystals, political intrigue and monsters all play an important role as Lightning and her team fight both for their own survival and that of the human race.

While random monster attacks are still a big part of the roleplaying psyche, Final Fantasy XIII follows the standard set by the twelfth game in the series and does away with them; monsters are visible while traversing the world. The so called active time battles, that have been the mainstay of the series up until number XII, is back though; they have been heavily modified to be a lot faster than the rather cumbersome fights of the past. Final Fantasy X managed to speed them up quite a bit, with decision making made easier without losing tactical control, but XIII aims to take this even further and allow the player to chain together commands to create powerful combos. As much as I loved the AT-battles of old, bringing a lot more speed into the equation might help bring the system into an even more modern era.

A lot of people were shocked when Square Enix revealed that Final Fantasy XIII was not only going to be released for the Playstation 3 but was also coming for the Xbox 360. While the Final Fantasy-series has been exclusive to Sony machines since Final Fantasy VII, it should be remembered that Square Enix have always been good at sniffing their way to the money and from a business perspective the move makes sense. Xbox 360-owners can rejoice of getting a more classic Final Fantasy-experience than the Playstation-owners, though, since their version will come on four DVDs; it can't just be me that get this silly sense of nostalgia when I'm asked to pop in a new disc, can it?

No matter, the Japanese version of Final Fantasy XIII has so far been more or less universally praised around the world. The Role-system, familiar to players of the old games as the Job-system, and the Final Fantasy X-inspired way of leveling your characters look to bring a lot of content for the completionist to chew on. Final Fantasy XIII looks to be able to bring an incredible experience and just writing this up makes that hole inside me grow back again. Final Fantasy purists might be sceptical, with good reason, but no matter how you might feel about it, it's coming. If it can save the Japanese roleplaying games from the stagnation they've been in for a long time or not remains to be seen. 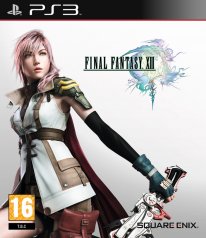