Telltale Games have revealed the release date of the fifth and final episode of The Walking Dead: Season Two. The episode titled "No Going Back" is coming out on PC on August 26. It hits PS3, PS Vita and Xbox 360 the following day, and finally it comes to iOS on August 28.

Telltale have also issued a trailer and as you'd expect there are plenty of spoilers that you may want to avoid if you haven't played all the episodes up until this one.

The Walking Dead coming to PS4 and Xbox One October 24

Telltale Games announces the next gen release date on both The Walking Dead seasons.

Starts to roll out across various platforms on August 26.

New trailer released along with the staggered release dates for various platforms.

Next episode of The Walking Dead out today

In Harm's Way lands on Xbox, PS and PC.

The Walking Dead: Season Two on Vita next week

Episode 2 launches this week, when depends on your platform of choice. 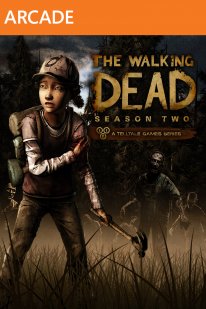