Mortal Kombat aside, cinematic or TV adaptations have all managed to foul the attempt. The bar's been set as deep underground as a sewer pipe. And likely coated in as much filth.

Yet this new Street Fighter adaptation exceeds expectation. We sat down to watch a near-finished version of the multi-part series last month alongside key cast and crew in a small theatre in London, and walked away impressed. It's an authentic and respectful take on Capcom's long-running franchise. Yet it also works as a standalone series, thanks both to its story structure, a multi-generation tale of martial art teachers and their students, and the strength of the cast.

There's shades of Shakespeare in the destruction of brothers and crumbling dynasties, and for a live-action take on moves that require a suspension of disbelief on behalf of the viewer, the team manage to ground the idea of fireballs, dragon punches, and hurricane kicks in a reality that's on the right side of believable.

It's a cliché to say it, but you won't need to be a Street Fighter fan to enjoy this. Though you may have more trouble accepting a westerner with waist-length blonde hair sparring with Japan's finest warriors deep in the country's mountains.

"I fully appreciate that," laughs Christian Howard, after we commend him for perfecting Ken Masters, one half of Street Fighter's most famous fighting duo, in the flesh. "The wig is a tricky one; it's difficult to get things like that right." The hair is but one example of his and fellow creator Joey Ansah's (who does a great job of playing a hulked-up Akuma in the series) dedication to keeping every aspect of the series true to what we've seen on arcade cabinets and screens for years now.

The duo's previous work, the live-action short that'd become a proof of concept for Assassin's Fist, Street Fighter: Legacy, was a testing ground to see if the character designs could work in the real world. "Chris put on a lot of weight [to play Ken in that]," Joey says, as we talk to him and Chris over Skype, as the two work post-production from Joey's flat in London. "Yet people still said ‘skinny! Too skinny!' For Assassin's Fist we couldn't fall short on that. Chris got into such good shape we thought ‘fuck, whoever plays Ryu is going to have a real issue catching up'."

That person was Mike Moh, who, much like his character, plays a quieter, more reflective role to Howard's Ken. But he did the necessary work out to ready for the shoot. But then that led to its own problems for Joey. "Mike put on 30 pounds to play Ryu," remembers the director. "Mike was a lightweight before. But then we though: ‘if Chris is that big - how big must Akuma be?'"

Akuma, the hulking red-haired demon that's plagued Ryu and Ken in the franchise for years now, will be ‘born' over the course of the series, as we witness the result of bad decisions and darker paths walked that lead to his creation. In an interview with Joey last year, the man portraying the ultimate warrior likened his character to Darth Vader. Watch the finished product, and it's easy to see the similarities drawn between the two; less men, more demons in human flesh. Creating "a sense of significant intimidation," according to his actor, involved even tweaking the sound design as he walked. "When Akuma walks you hear a ‘whom', to give that sense of weight."

It'd have been easier to take a different approach with these characters, cut corners, save money. Put their own stamp on the Street Fighter franchise. One fact that comes to light in talking to Chris and Joey is that they only had enough budget for one wig apiece for Ken and Akuma. "If we had the budget we'd have eight... but those wigs cost thousands," says Joey. It seems crazy they'd take the risk. They could have stuck with a cropped hair Ken; the younger, long-haired version was only seen in the 90s Alpha trilogy of games and a few anime offshoots of the time. Yet they wanted to pay tribute to Capcom's chronology.

And it's the creators' use of that chronology, skipping between different time frames but sticking to the same location, the same dojo, that reinforces the narrative device. While the training of Ken and Ryu is the entry into this world, they're not the story's focus. "If you take Ken and Ryu on their own," Joey explains, "at that stage of their lives they haven't encountered much trauma or dilemma, or tragedy. They're not overly interesting characters in a narrative design sense; there's no tortured hero, none of these classic driving narratives." Howard takes up the reasoning. "We're not in the business of making up ridiculous scenarios for them to add excitement and ruin the characters."

So it's better to see them as framing devices for extended flashbacks to their master Gouken's younger days. We see him learning the same moves he now teaches his students, beside his brother Gouki, and under the tutelage of their master, Gotetsu. Tempers and beliefs war across the years, with Ansah and Howard drawing parallels and differences between modern day and past, when emotions and mistakes run unchecked.

It's involving stuff, and that's thanks to some fantastic performances. While Howard manages to embody Ken Masters perfectly in temperament and look, arguably he's unable to make the role his own, so defined has the character been through the years. Yet that's less an issue with the supporting cast; Gouken's been rumoured for years but only appeared recently in Street Fighter IV, and while Akuma's haunted Ryu and Ken for ages - ever since 1994's Super Street Fighter II Turbo - and his conflict with Gouken is known in general terms, no-one's went to this level of detail on the character before.

There's plenty of nods to the wider Street Fighter universe to keep us happy, and the DVD and Blu-ray release, planned for near the end of the year, offers deleted scenes that'll further expand the world - such as discussion about Dan Hibiki. Joey and Chris were selective about what they'd include, not because they don't have future plans, but so not to alienate newcomers. "To the wider audience [those nods] won't get in the way, but for fans, they'll enjoy the attention to detail."

So, the future. With the two hard at work completing multiple versions of the series - one for Machinima, which has a timed-exclusive on the series, another cut for TV episodes, another for a movie version, and yet another for the home release ("it's like post-producing four different movies," Joey says with a groan), they're open to talk about what's next - potentially doubling the episode length to do the World Warrior story - though losing creative control if it goes bigger is keeping them wary.

"When I'm back in L.A., I'd like to talk to show runners," says Joey, referencing Breaking Bad's Vince Gilligan, who created, wrote, directed and produced that series. "He's the complete mastermind of that. Did he shoot every episode? No. He had other directors, but what was the relationship to maintain his vision? I need to research into that."

If they do expand the cast, we have a question: how are they going to approach the subject of Guile's hair? Howard laughs, and a few seconds later a image pings across to us. It's of a cosplayer who pulled off the military man's blonde crop; consistent with the source material, and just the right side of believability. "There's always a way," comes the answer. 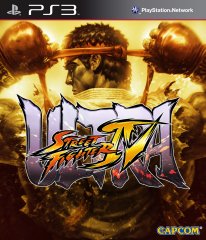