EA has announced that football fans will be able to make a one-time transfer of their FIFA Points from this year's version of the game, over to FIFA 14.

The news was revealed on the FIFA Ultimate Team Facebook page, where it was also announced that players would also be able to share FIFA Points between current and next-gen consoles (though only Xbox 360 to Xbox One and PS3 to PS4 - not much use if you're planning on switching allegiances at the end of the year).

FIFA 14 is due out on PS3, Xbox 360 and PC on September 26, with next-gen versions of the game set to land following the release of Xbox One and PS4. 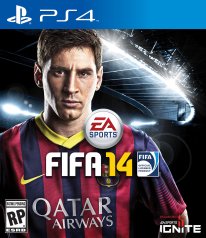