EA Sports have issued the first four screens of FIFA Football for PS Vita, planned for release at the hardware launch in February next year. Based on FIFA 12 no doubt, the game adds a few touchscreen controls that will let you aim shots with the back touch pad, pick out passes and select players when defending with the front touch screen. You will also be able to use the touch screen for set pieces.

The game seems to feature most of the content found in the console editions of FIFA 12 with Be A Pro, Career Mode, Be A Goalkeeper and 11 on 11 online play.

First screens, out at launch. 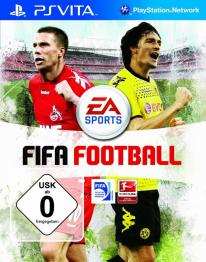