Every World Cup FUT Hero will get a special illustrated item when the World Cup mode launches.

FUT Moments is a new way to play and earn rewards.

Some of the new dribbling arcade games look like a footie version of Fall Guys.

"This grass is good": all about FIFA 23's graphics improvements

It gets personal this season with the new activities, playable highlights, and authentic coaches.

Technical Dribbling and AcceleRATE are two of the most prominent HyperMotion2 improvements, most of them thanks to full-match capture in Zaragoza.

As the summer transfer market continues EA announces the return of La Juve in an exclusive, multi-year partnership that will transcend onto EA Sports FC.

FIFA 23 will be cross-play, PC version is now new gen

For the first (and the last) time in the series, EA Sports will let PlayStation users face Xbox users in 1v1 and more. But, how does it work with the specific versions? We've got the breaking details.

With the Chelsea/Australia and PSG/France representatives, women's and men's football feature together in the boxart for the first time in the final FIFA by EA.

FIFA's reaction to EA Sports FC: "The only authentic, real game that has the FIFA name will be the best one"

The sports organisation is already collaborating with publishers, studios and investors to launch its football simulator in 2024.

EA has yet to officially announce the game yet, however. 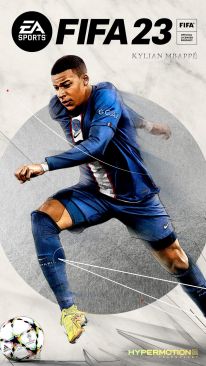