Electronic Arts will obviously save some its biggest announcements and reveals for the EA Play Live show on July 22, but we won't have to wait that long to see one of the most anticipated games.

EA Sports has, after teasing it for a while, confirmed that we'll get the first trailer from FIFA 22 at 4.30 PM BST / 5.30 CEST on July 11. It's important to note that the franchise's reveal trailers usually are of the cinematic kind without gameplay footage, but we'll probably learn about a few of the improvements being made anyway on Sunday.

One of the things we're told right now is that Kylian Mbappé will be the cover star again, and you can see the two versions unveiled so far below.

What kind of changes and improvements must FIFA 22 include? 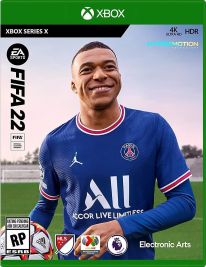