If you've been following gaming news over the last few months, then you'll know that EA has received a lot of negative media attention due to the loot boxes that are within many of its largest franchises. In what appears to be a move to shake off much of the backlash, a new patch has been rolled out to FIFA 21, and this enables players to set spending limitations.

Eurogamer has reported that the patch will allow players to set limitations on the FIFA Points they purchase, the matches that they can play, and the amount of FUT Packs they can open. This selection of tools can simply be accessed within the main menu and is perfect for concerned parents and those looking to cut down and monitor their in-game purchases. These tools, however, don't tell you how much real-world money you've spent due to the funds being purchased from the console's storefront and not directly from the game.

We think this is a positive step from EA, although it may be coming a little later. What do you think to the action EA has taken within this latest patch?

Co-owned by the Spurs star, the battery manufacturer will be the first official sponsor for the esports team.

FIFA 21 reclaims the top spot in the UK Charts

Hyrule Warriors is nowhere to be seen, however, within the top ten. 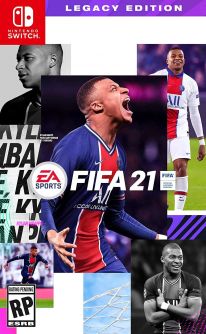