FIFA 18 is a content-packed game, but for many players, Ultimate Team Mode is all they care about. If you're not familiar with "FUT", this is a game mode where the player can create teams with the footballers they randomly get in cards packs, or that they buy in the online auction. With these teams you can participate in several online and offline tournaments and championships, all so you can win more gold coins and continue building your dream team. Anyone who wants to speed up the process can also use real money, but it's not really necessary.

Below you can take an extensive look at FIFA Ultimate Team Mode, with all the basic tips you need to understand how everything works, and even if you already know FUT, you can also read about what's new in FIFA 18.

You're not required to play with other players
FIFA Ultimate Team Mode requires constant internet connection but it allows for solo play too. There is a lot of content for those who prefer to play against the artificial intelligence: you can participate in tournaments and championships, accept challenges to build special squads (exchanging cards for packs), play against the Team of the Week (built with players from across Europe that stood out that week), or even participate in the new Squad Battles. In all this content you can set difficulty, and the rewards will vary according to the setting you choose.

Chemistry really does matter
One of the peculiarities of Ultimate Team Mode is the team's chemistry, formed by several different factors. It's always good to have the best players on the team, but if your chemistry isn't high, you're likely to have a hard time. Whenever you're divided between player quality or team chemistry, opt for the latter, which will affect how good your entire squad plays.

Download the official app
EA Sports has released a free mobile app for FIFA Ultimate Team Mode. This application allows you to check your team, consult and interact with the auction, and even accept some challenges. It's a great way to always be aware of what's happening in the online FUT market, and the app is available for Android, iOS, and even Internet browsers. You can download it here.

Test your team before building it
If you choose the option "Concept Squad", you can design teams using all the players in the game. You can set the formation and then choose any player for the corresponding positions. This allows you to evaluate the type of chemistry and combinations you can create, before you actually start spending gold or money on players. The game even offers some proposals, such as a team made up of players from the Spanish and English leagues, for example. If you prefer, there are other sites with similar functions, like FUTHead.

Squad Management
There are three conditions that affect your players - contracts, fatigue, and injuries. When a contract ends, the player will remain in your possession, but won't be allowed to play. You will need to use a specific contract card to increase the number of matches that player can play. Usually, cards of one type tend to work better on players from the same category (gold cards on gold players, for instance). As for fatigue, there are special cards that will renew players stamina, but another alternative is to put them on the bench during a match or two. Lastly, injuries. Usually, these players are left out during the duration of the injury, but there are also cards capable of solving physical problems. If you have an urgent need to guarantee your best players, you can always look for injury cards and contracts at the auction.

Players on Loan
Occasionally you win players on loan, which can be used like all others, but have a fixed duration. A player with a loan of 8 means he can play eight matches for you, and at the end of the loan period, he can't be used anymore. Unlike other cards, players on loan can't be sold or receive contract cards.

How to Earn Gold Coins

Take advantage of the Points Catalog
A very basic way to earn gold coins is to buy advantages in the main menu catalog (found by pressing R3 on PS4). Here you can buy several types of advantages and items, including those for other modes. Here you will spend points you gained in this or previous FIFA games, as long as you played in the same account. You can get celebrations, special kits, cheats, balls, and even special coin bonuses for FIFA Ultimate Team Mode.

Team of the Week
Every week EA proposes a challenge to the player, to overcome a team formed by footballers that stood out in the European leagues that weekend. This challenge will always be against the artificial intelligence, and the higher the level chosen, the more coins you will receive in the end. Just try not to be too greedy, as Ultimate difficulty can be really challenging.

Sell and Buy Efficiently
Ultimate Team Mode lives by the economy created in the auction, so it's important to learn how to exploit it properly. Research player prices, and resist the urge of buying expensive players just because one of your goals is available. Study the market, and if a player you want is way too expensive, try to find a cheaper alternative. Following the same logic before placing one of your cards for sale - research the auction to check what players are asking for identical cards. If all the players are selling Messi to 100,000 gold coins, for example, it would be a terrible mistake to put him on sale for 10,000.

Take advantage of competitions and temporary challenges.
In addition to the usual leagues and tournaments both for solo and online gameplay, EA Sports also usually offers several special tournaments, which have a specific duration. These tournaments often impose special conditions (like playing with 11 players of the same nationality, for example), but are a good way to win gold coins or extra packages.

Play The Journey: Hunter Returns
The story mode for FIFA 18 continues the career of Alex Hunter, and it's worth playing for the plot and surprises alone. However, there are some extra motivations for those who also play Ultimate Team Mode, as whenever you complete one of the six chapters of The Journey, you will gain access to a reward, from packs to players on Loan, including Rio Ferdinand and Alex Hunter himself.

Introduced in FIFA 16, FUT Draft is a way to create a team with random gold cards. This team will then be used in a specific tournament, which can guarantee great rewards. First choose the formation, then choose the players for each position. The challenge here is to create a quality team without breaking the team's chemistry indexes. It is important to keep the team full of great players, but it is even more important to ensure high chemistry.

Price vs. Reward
To participate in FUT Draft you must spend 15,000 gold coins, which means you should really guarantee the highest possible return for your heavy investment. The main attraction for FUT Draft are the rewards you can unlock, including several quality gold packs. You can try your luck in the online mode, or face the artificial intelligence with different levels of difficulty. The more games you win, the higher your rewards will be.

Quickly establish a plan
When you're building your FUT Draft team, quickly define a game plan to create chemistry, whether around nationality, leagues, or clubs. One of the biggest mistakes you can make is to allow automatic selection for substitute players. You should select manually to ensure players can improve your team chemistry if the starting 11 isn't up to par. As for the coach, choose someone who is compatible with as many players as possible.

FUT 18's newest feature is Squad Battles, a mode where you can challenge teams designed by other players, real footballers, and even EA Sports developers. All games are played against the artificial intelligence, which means you get to choose a difficulty. The harder the setting, the greater the number of coins earned and points earned. These points will then accumulate in an online ranking. After a few days, one ranking ends and another begins, and your position at the ranking will get you some nice rewards. There are several categories, although the most desirable positions are among the top 100. Here you can win thousands of gold coins and several premium packs.

FUT Icons
FIFA icons aren't exactly new, but so far they were an exclusive feature for the Xbox consoles alone. This year, however, this exclusivity ends, and the icons are now also available on PC, PS3, PS4, and Nintendo Switch. Icons are legendary players who have retired, and from Pelé to Maradona, from Ronaldinho to Rui Costa, there are legendary players for all positions. Plus, there are different versions of each icon, which represents his quality and style at different points in his career.

As a final piece of advice for FIFA Ultimate Team Mode, try to control your anger. Few games get so frustrating as FIFA online (just check YouTube for examples), but for the sake of your health, your controllers, and the coins you can earn in the future (you will be penalised for leaving games), take a deep breath and take it easy. 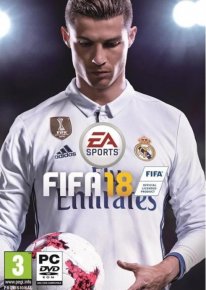