FIFA 14 sits atop the first multi-format sales chart of 2014, leading a chasing pack that consists of the the biggest releases of the end of last year.

Call of Duty: Ghosts sits behind EA's football game in second, ahead of Assassin's Creed IV: Black Flag, Battlefield 4, and Grand Theft Auto V. In fact, the top seven best selling games all occupy the same positions that they did last week. Static.

Ryse: Son of Rome (and Saints Row IV both) climbed back into the top twenty, with Crytek's slasher making it a trio of Xbox One exclusive titles in the top twenty, notable perhaps because Sony's offerings for PS4 (Killzone: Shadow Fall and Knack) don't make the list.

There's very little movement this week, with games mainly switching position since the previous chart. Aliens: Colonial Marines went up a few places despite having been released much earlier in the year, proving a low price and strong IP can make people look past some well publicised issues, but other than that the top twenty remains much as it was. 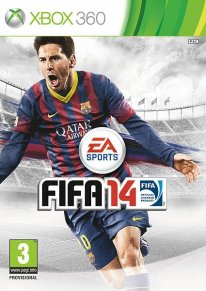