The football season may be over after last weekend's FA Cup Final, but that hasn't stopped FIFA 14 from making a resurgent push back to the top of the UK multi-format charts, in the process making it a record 12 weeks for a football game at the top (that particular record was held, until now, by FIFA: Road to the World Cup 98).

A 15% dip in sales saw last week's number one game, Titanfall, slipping down into second place, but Respawn's shooter was, according to GfK, only a few hundred sales behind.

The Sony published version of Minecraft charted in third, one place above the same game as published by Microsoft (which itself has been in the top ten for the entirety of 2014 so far).

There were several non-movers, with Call of Duty: Ghosts and 2014 FIFA World Cup Brazil clinging onto 5 and 6 respectively, and Infamous: Second Son and Metal Gear Solid V: Ground Zeroes among those that are also occupying the same spots as last week. Kirby: Triple Deluxe was the second game to debut in this week's top twenty, and entered the charts at 16. 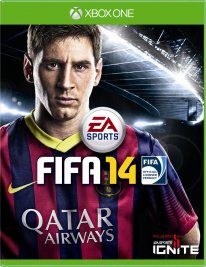