FIFA 13 has held of competition from Resident Evil 6 to stay on top of the UK's multi-format sales chart.

Whilst EA's football game wasn't able to maintain its incredible early form (there was a 72 per cent drop in week-on-week sales according to MCV), it still did enough to hold off strong competition from Capcom's zombie epic.

Resident Evil 6 was actually the fourth best selling release of the year (after FIFA 13, ME3 and Borderlands 2) , and went on sale earlier in the week giving it extra time to rack up sales, which gives us some indication of just how popular FIFA 13 is.

Just Dance 4 also debuted in the top five, finishing as it did in fourth. NBA 2K13 ended up in sixth. 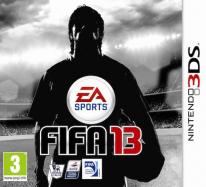