For all nostalgic gamers still waiting for a new episode in the fabulous F-Zero series, Fast: Racing Neo might be considered a viable alternative for anyone wants to race at high speeds on Wii U. During Nintendo Direct a new colourful new trailer was revealed, with the game ready to debut exclusively on Nintendo eShop next month. At this moment in time we don't have a definite launch date.

Below, you can take a look at the trailer shown during Nintendo's event, and we've included our own interview with Martin Sauter of Shin'en Multimedia.

Making Fast: Racing Neo "the game everybody is waiting for"

Shin'En Multimedia's Martin Sauter on filling the gap left by a lack of F-Zero games on Wii and Wii U.

First screenshot of F-Zero-like Fast: Racing Neo on Wii U

Shin'en Multimedia shows off their new Wii U racer. 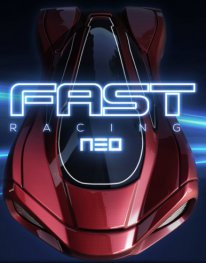