Across Assassin's Creed, Watchdogs and the main Far Cry series, Ubisoft has made open-world its home, and marked its territory well. The Far Cry Primal experience seems the purest incarnation of mechanics that keep us compelled to continue searching, acquiring new traversal skills and combat capabilities in the quest for power. Or in its unique case, turning the tables on indigenous beasts so that they fear you, not the other way around. This is the Stone Age, where mankind's right to rule this planet was still up for the tussle.

The premise is as deliciously simple as a fire-roasted hog. By day and night, your avatar must tame the wilderness for the good of his tribe. This requires him to be physically strong and courageous of spirit, while respectful and increasingly knowledgeable of nature.

This week, alongside fellow members of the press, Gamereactor had one hour to become immersed in this role, which is a huge departure from the gun-fetish of Far Cry, stripping everything back to skin-tingling basics. Carrying clubs and spears, bows and some animal bait we took off into the hills and forests in the company of our pet wolf and obedient owl.

As a starting point for somebody tasked with forming an early opinion, knowing that you do not have familiar comparisons to draw for such things as weapon recoil, range versus DPS, aiming down sights or shooting from the hip, and generally how satisfying it is to wield the shotgun is honestly refreshing. In fact, it's more than that; it's liberating. But even though the Primal concept focuses you on the crude capabilities of stone-tipped spears, the design craftily clings onto the benefits of a very modern UAV option to aid with reconnaissance. This would be your owl. Since you're entering its mind via telepathy, we'll happily buy that.

Whether this will be true of the final game due in February, we cannot be certain, but the starting point for our demo was completely neutral. Jogging away from camp, with the wolf at your heels, there is no premeditated target or particular known threat other than the expectation of facing wild animals and encounters with rival tribes. You know that you are vulnerable, or rather 'fair game', but then so is every other individual - man or beast.

Very soon, it is apparent that your chances of success amount to more than the rudimentary weapons at your disposal and your skill at using them. It is the combined presence of your tamed animal and anyone or anything else around that decides the odds. This perception of situational awareness honestly makes even a few steps of progress feel loaded with threat or opportunity. You find yourself listening very intently, to identify a predator before it uses its own senses to surprise you. Sometimes you cannot help but overhear a struggle between your tribespeople and human marauders, where you may choose to assist or observe.

Anything that your avatar is aware of, via his senses, is displayed on the mini-map - another allowance you're prepared to make in terms of total immersion and basic user interface. It's not really a tech-gadget, it's his personal radar. Everything from medicinal herbs to nearby camp fires that don't always equate to populated areas, keep the search going. Your own eyes taking in the wonderful views inform the rest of your decision making. We did want to investigate a herd of Mammoths, but the beasts were beyond the limits of the map. Bah.

Though it felt bad to begin with, the first major upgrade to our champion was after successfully taming a wildcat. Lowlier animals that may have previously chanced their luck, such as packs of wolves, started to flee as we approached. Blokes with bows and spears were foolish to assume that superior numbers would keep them standing for very long. This cat was also very willing to go after a giant bear. And with this bear now shoring up the ranks, it left us capable of running riot throughout an entire enemy settlement.

So, your tamed animal is not a friend for life. They are expandable, though it isn't wise to just let them die. It's probably not being too optimistic to assume that, at some stage, it'll be possible to ride a Mammoth - based on Far Cry 4. If the whole tribe gets to do this... well.

The stand-out moment of our demo, then, was the assault on the Swaras Outpost. Our owl had gone ahead to scout, but was misinformed by a friendly tribeswoman attending to a fresh kill. Even so, we proceeded with the bear, cautiously toward the encampment. Sure enough there were enemy warriors, ready to fight upon the smallest sign of encroachment. Putting all faith in the bear, the struggle was over inside of a minute, and the team had managed to do so while receiving an undetected bonus. It's likely that the wolf or wildcat would've been just as capable of causing havoc, but unlikely to have survived the spears.

This is probably the kind of stuff you're going to see called out in the trailers. But what is also enchanting about Far Cry Primal is how those of us that just love to explore are rewarded. We did only find one Wenja Bracelet, after being alerted to its resting place by the sounds of ghostly voices, eventually providing a visual clue to zone in on its exact location. Right now, we've absolutely no idea what these collectibles will amount to, but you've got to find them all... right?

Our time with the demo came to a close just when events were about to become even grander. We had cornered and successfully tamed a sabre-toothed tiger (okay, possibly it had been made easier to do so with basic bait for the press event). We'd responded to a dangerous-looking marker on our guy's radar, which turned out to be a neighbouring tribesman in need of our tribe's assistance to rebuild his own - the start of a series of smaller missions, leading to what would surely be a decent showdown.

This journey toward becoming a legendary Beast Master, a hero of the people, tamer of the land, fits perfectly within the Far Cry framework, but it doesn't at all require any previous investment in the series. If anything, there were times while plodding along the shore of a river that this could almost be Connor in Assassin's Creed III. The Far Cry element is the emergent behaviour of the whole landscape, and your influence within it, and how you'll eventually learn to plan the bigger picture based on strategic strongholds while fine-honing skills with more elegant weapons to make more confident smaller steps in between.

Although only a brief taste of what's to come, the depths of Far Cry Primal really do beg to be explored. It's a uniquely compelling experience that we're very happy to recommend. Indeed, something that feels so precious right now that it warrants a media block-out because it really does feel new and therefore surprising.

So, sharp shooters, the only question that needs asking at this stage is whether you're prepared to hang up your guns and sharpen your spears? 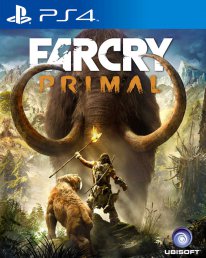