The site is aware that Far Cry 5 and New Dawn's setting is fictional, but they're capitalising on it to encourage travelers to visit

Ubisoft is taking us back to Hope County once again, but things are definitely not the way we left them.

Official support isn't there, but among the technical specifications for the PC version we find out that it may still work

After taking a look at the game we sat down with Jean-Sebastien Decant.

We're heading back to Hope County, but not as we know it.

Ubisoft is exploring the post-apocalypse. 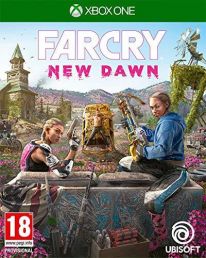