Watch Dogs: Legion was one of the surprises at E3 this year, as Ubisoft's return to the series came with a British setting and a mechanic that lets you play as anyone you want, and now Hitrecord that they're letting the public create original music for the game.

As you can see on the website, there are several songs that need making, from Dark Electronic Heist Song to Anti-Establishment Uptempo Hip Hop Song, and if your tune is used in the game, you'll be paid for your troubles too.

To hear creative director Clint Hocking and audio director Richie Nieto talk about the initiative, check out this Facebook video.

"From the very beginning we've always wanted to include fans and the community in the making of our game," Hocking says, before founder Joseph Gordon-Levitt steps in to talk about working with Ubisoft on the project.

Will you be submitting some entries?

"In Watch Dogs: Legion you play as Dedsec itself"

The world director of the next instalment of the Watch Dogs series details how you'll be playing the recently-revealed sequel. 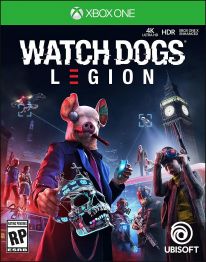