The Capital Wasteland mod project, aiming to bring Fallout 3 into the modern age via Fallout 4's Creation Engine, was put on hold last year, but now the official website has revealed that it's back up and running, with co-lead HcGxGrill explaining some of the reasons behind its return.

"Back in March of last year we communicated with Bethesda regarding our planned method to implement the voice acting and other audio from Fallout 3 into the Capital Wasteland," they write. "As you might already be aware, we were informed that our planned approach would raise some serious red flags and so after a few discussions amongst our team we decided it would be best to put the project on hold."

"For myself after working for hundreds of hours on this project and then having to stop really made me depressed. Something I had an extreme passion for was suddenly not there anymore. So after taking a few months break, I slowly picked up the pieces and continued my work on the Capital Wasteland."

"This didn't go unnoticed by members from our team and currently we have a handful of people (myself included) continuing work on recreating the Capital Wasteland. However we are taking things a bit differently this time. With the help of our voice acting lead Unoctium we are working towards re-voicing the lines from Fallout 3."

"This is a very big undertaking as there are approximately 45,000 voice lines in Fallout 3. We are looking for people to join our team; as of right now we only have a handful of people working on this project. If you are interested in joining us you can follow the links at the top of our webpage or the link below to contact us."

The team currently needs voice actors, level designers, 3D artists, animators, and more, and we've also received a bunch of new screenshots showing work that has been done since the project was officially put on hold, as you can see below.

Are you pleased to see this back? 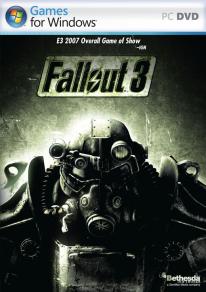