Fallen Enchantress: Legendary Heroes is set launch across Europe this week, with the game landing on Window PC on August 16.

Published by Kalypso Media and developed by Stardock Entertainment, the 4X game (explore, expand, exploit, and exterminate) is set in the wake of a cataclysmic event, where new civilisations are rising, and armies led by champions wage war against terrible creatures.

Here's some screens and a trailer, as well as a list of features that players who pick up the game can expect to encounter while on their quest for world domination:

Legendary Heroes: Champions seek you out based on the amount of Fame your kingdom has generated.

Exciting Levelling System: Your sovereign and champions evolve through a skill tree that visually allows you to plan what kind of hero you want him or her to be. Make your mage into a powerful Necromancer, or train your Assassin in special attacks that bleed the life from your enemies.

Countless Monsters: The events of the Fallen Enchantress have raised the dead and caused forgotten creatures to return to the surface of the world to spread terror.

Own Worlds: Use the included modding tools to create new improvements, locations, quests or factions. Design new spells in the Particle Cauldron and entire worlds with the Cartographer's Table. 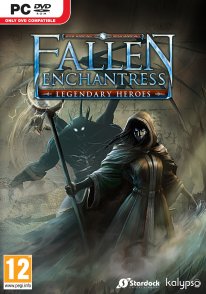