In early December, it was announced that Fahrenheit: 15th Anniversary Edition has been delayed to 2021, although it was initially expected for the last month of the year. Now Quantic Dream's second work finally has a new release date.

Fahrenheit: 15th Anniversary Edition will land in physical edition on PS4 on January 26th, so there won't be long to wait. The game - originally released on PS2, PC and Xbox in 2005 - undoubtedly laid the foundation for Quantic Dream's following games, including Heavy Rain, Beyond: Two Souls and Detroit: Become Human.

Will you buy it? 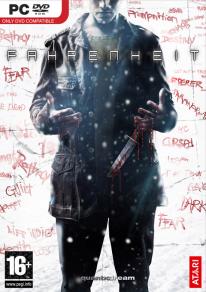