We knew the name in 2012 when 2K bought the project off bankrupt publisher THQ, but knew little of the game details.

When it was revealed properly at this year's start, there was excitement. This was, after all, the new project by Turtle Rock Studios, creators of last generation's addictive and cooperative-heavy multiplayer - Left 4 Dead. They'd turned their sights from normal joes surviving a modern day zombie apocalypse to experienced hunters tracking down gigantic beasts on a distant planet in the far-flung future.

Yet the experience is all about four player-controlled combatants tackling a player-controlled beast. How'd Turtle Rock avoid repetition? How could one compete against four? Would the behemoth be completely outclassed and could it control any better than an oversized bipedal tank?

After two hours and change playing the game - one map, one mode, cycling through each hunter once and finally getting to play their hulking prey - those worries were completely destroyed. The only question we raised afterwards was when were we going to be able to play the game again.

It was an impressive, substantial hands-on - most first look events like this are a brief demo and a lot of talk of what a project would be - and it answered a lot of our concerns. There's depth, there's strategy, and there's a mammoth amount of polish. The team have been playing matches every night for over a year. It feels, plays and looks, fantastic. And we're still at least six months from the game shipping.

There'll be more maps, modes and different beasts and characters introduced between now and then, but the core idea is thus: hunters drop into an expansive map and try and track, and kill, the main monster. The player-controlled creature will try and evade capture long enough to kill and eat enough wildlife to evolve into a stronger version, which grants its player extra abilities.

Both sides can tackle each other at any time. But the monster's fast, its huge leaps and climbing ability means it's much more nimble in traversing the map than the hunters, who need to rely on following tracks, spot disturbed bird flocks and utilise their abilities to find and box the creature in. Stages are filled with other wildlife, some dangerous enough to all parties (and also used as a lethal distraction to keep hunters off your back).

Each hunter in the four-person team is specialised, each role balancing nicely against the others. Crucially, all are interesting to play as, and all are essential for team survival (check them out on the right). Everyone comes equipped with a jetpack that can get them to higher areas and be used to perform dash boosts and dodges.

The creature - one of several that'll be selectable in the final game - is called Goliath and is surprisingly nimble given its size. You pick two base abilities to begin, and unlock another one at each of its two evolution stages. Alongside your standard melee you've the option of a leap attack, charge, fire-breathing or rock throwing, but Turtle Rock suggests sticking with the first two to eat up distance between you and your attackers.

Matches prove amazingly balanced. Outcomes slightly favour the hunter team until a developer takes charge of Goliath. We're decimated in under two minutes. There's a match time limit of twenty that'll bring about an endgame - but the devs say it's rarely reached in their playtesting.

There's plenty of techniques that unfold. One player keeps Goliath hidden in foliage so well the hunters walk by within a few feet without spotting it. We win our match as Goliath with a well-timed rock throw that kills the remaining trio in one shot, and cheer in another when we manage to down the beast through teamwork.

Make no mistake; this is an incredibly promising title. It's going to be torturous waiting for them to finish and get the game back in our hands.

Thank you for your time. We will take care of this matter as soon as posible
Holy hell! That looks amazing! 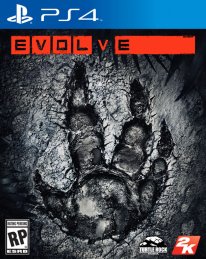