When you hear the word "post-apocalyptic" you'll likely think of zombies, high-octane action and lonesome survival. Key words tied to the genre that automatically pop into the head. But the end of the world looks a lot different in Everybody's Gone to the Rapture.

The sun is shining, the sky is blue and flowers dot the landscape with every colour you can imagine. It doesn't exactly look like the end of the world. Actually everything indicates that this day would have been a good one in the small English village of Yaughton. But looks can be deceiving. A bike lies abandoned on the street, a car sits with its doors wide open and beer glasses have been left untouched at the local pub. Oh yeah, and then there are bloody tissues around town and signs telling you that the town has been placed under quarantine. You're now the only one walking around this beautiful ghost town where something awful obviously happened. So what hit this idyllic community? That's the question you'll need to find an answer to.

It may sound like a detective job you're facing, but that might be stretching it a bit. Sure you have to solve the mystery of what happened in Yaughton on this beautiful summer day in 1984, but you won't figure that out by solving riddles or other detective puzzles.

The story is actually parcelled out to you through memories that have been trapped and scattered around town. By finding the places where these memories took place you can see ghostly, shining shadows reliving different episodes leading up to the fateful moment which changed the town forever.

In addition to these ghostly shadows you'll also meet glowing orbs. These represent the different people who lived in the town. It seems the orbs want to guide you through their story and show you what happened to them. You'll also get hints from radios and phones dotted around town. The game is open world, so you can walk around and explore the town in first-person. Since the story is told in bits and pieces, the experience resonates no matter what order you uncover the clues.

When it comes to the controls there's not a whole lot to go over. You interact with the surroundings using the X button - open doors, gates and turn on radios. Tilting the controller and use the DualShock 4's gyro-sensor to unlock the different glowing memories.

The sparse controls is a good indication of how small a role the player actually has in the game. Before Everybody's Gone to the Rapture came out we didn't know a whole lot about it. But one thing you probably had figured out was that the player's part in the game would be small and that the gameplay would be rather minimalistic. After all it's what The Chinese Room is known for.

Even though Everybody's Gone to the Rapture is a post-apocalyptic game it isn't the end of the world that's the focus. It's all about the people. At the start all we wanted to do was to figure out the mystery. The glowing memories are like pieces of a puzzle and together they would reveal a bigger picture. But slowly, almost subconsciously, we stopped trying to focus on that and instead began being pulled in to the smaller details. The urge to uncover clues to the greater mystery subsided. Instead we got caught up in a story that turned out to be a lot more personal and character-oriented than expected.

We don't want to spoil any of it for you, but one of the very touching and heart wrenching memories you'll listen to is a distressed woman recounting the story of the fate her children met. Heartbreaking stuff, and in moments like these the spectral people had us completely enraptured. It seemed a bit foolish getting emotional due of these glowing shadows, but their tale seemed so real. The characters are filled with human flaws and problems that you can't help but relate to them on some level. Even the glowing orbs have character. While some orbs seem anxious and desperately rush around, others were calmer and smoothly weave through the landscape. The Chinese Room has really thought about how to make these people as real as possible and it really pays off.

Another very important element of these characters' personality is the voice-acting. Since you can't see the people, but only hear their voices, it's vital that work is strong. And luckily this is has been done to perfection.

Every time one of these glowing memories plays out in front of us we really wanted to move on to the next one. There were a ton of questions and all we wanted to do was to find the answers. Unfortunately the pacing of the game is incredibly slow. Some players may not be bothered by this, but for us it was a struggle. The character whom you play as moves so slowly that sometimes our thoughts drifted away. We found ourselves thinking about things outside the game rather than our immediate experience. It's a shame when slow pacing actually breaks immersion.

The story certainly isn't lacking anything - but long pauses between the parts of the story were a problem. Furthermore we did miss some involvement of the player. If only there was a riddle or something that would force the player to think and reflect it would keep us focused on the amazing story. It felt like the story is just presented to you without the need to do anything impactful to earn it. Compared to say The Vanishing of Ethan Carter, where you have to unlock the story by putting the different story-fragments in the right order - that forces the player to reflect on the narrative without changing how it is told.

But the slow tempo and the lack of player-involvement are far from fatal flaws. The fantastic and almost supernatural soundtrack paired with the breathtaking, beautiful surroundings results in a very special atmosphere that lifts the experience. Thanks to this atmosphere, you're kept immersed in spite of the slow pacing.

The oppressive feeling of doom that belongs to any post-apocalyptic game is also present in this one. But in a very unique way. It's a game about what would happen to people like us if the world was to end. It's not another story about a hero saving the world against all odds. When everything comes together - the voice-acting, the amazing story and the unique atmosphere - the result is an undeniably immersive game. The story unfolds - albeit very slowly - and the people we encounter and their stories linger long after we've switched off our console. A great accomplishment to be sure.

If you look at Everybody's Gone to the Rapture as a game in a classic sense it has some flaws. But it isn't, and therefore flaws never become critical as the story manages to capture your attention. But it definitely isn't a game for everybody. If you need minute-to-minute action to enjoy a game, Everybody's Gone to the Rapture probably isn't for you. If you on the other hand love a great tale that pulls at your emotions, give this a try. The experience will stay with you for a long time.

Gamereactor UK
+
Beautiful setting, A unique atmosphere that elevates the experience, Deep characters and a touching narrative, Fantastic voice-acting.
-
The tempo is slow and requires a bit of patience, Lacks a challenge.
is our network score. What's yours? The network score is the average of every country's score

"The sun is shining, the sky is blue and flowers dot the landscape with every colour you can imagine. It doesn't exactly look like the end of the world."

The Dear Esther devs scale back and go dark

The Chinese Room has laid off staff as a core team carries on.

And the composer of Everybody's Gone to the Rapture is a presenter.

"The world ended 37 minutes ago. It is time to begin".

The Chinese Room found no reason to hide it any more.

Everybody's Gone to the Rapture is coming to PC

Just think of how it will look on high-end PCs and in VR.

The Chinese Room's Jessica Curry steps down as co-head

She will, however, continue to compose for future games. 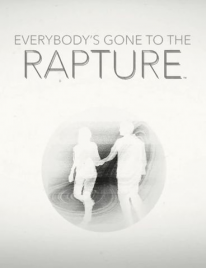