A cherished classic Kingdom Hearts is being re-released in Europe on PS3 along with its sequel Kingdom Hearts Re: Chains of Memories (a remastered PS2 version of the GBA original, originally only available in Japan) and cinematics from Kingdom Hearts 358/2 Days.

Kingdom Hearts HD 1.5 Remix is being targeted for release in Europe this autumn on PlayStation 3.

REVIEW. Written by Wiebke Westphal on the 13th of September 2013 at 15

It's been ten years since we travelled with Sora, Donald and Goofy to different Disney worlds and fought the Heartless.

Relive the first Disney / Square-Enix collaboration ahead of release tomorrow.

PS2 classic and sequel gets HD release on PlayStation 3. 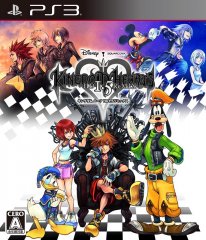