Twitch Rivals has crowned another champion, this time in FIFA 21. Jamie "Bateson27" Bateson has claimed the title after a dominant victory in the finals event.

Bateson27's team consisted of the Twitch streamer alongside former Irish footballer turned content creator, David Meyler. The pair competed in Twitch Rivals for two days before participating in the finals event, which saw them knock team Castro out of the running, following a 7-3 victory across two legs (two individual games of FIFA).

The pair walked away with a $20,000 prize pool, as well as bragging rights, in one of FIFA 21's first official tournaments. 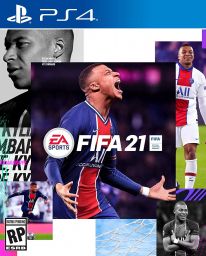