The Toronto Maple Leafs and WorldGaming Network have announced the return of the Leafs Gaming League, a competition for NHL 20 featuring online and live matches, with Scotiabank also coming on board as a presenting partner.

Registration has opened, and players compete between now and January for a spot in the $20,000 USD finals and a million Scene points, with these finals taking placing on February 1.

Starting on October 13, players can compete 1v1 to earn points and climb the leaders, with three online ladders determining qualification for three LGL LAN mid-season tournaments. The top performers will then go to the finals, and throughout the ranks players can still earn perks and prizes.

"This year's LGL will showcase an enhanced set of features and structure for the overall tournament campaign on the WorldGaming online platform, to delight the casual AND competitive player community as well as fans of EA Sports NHL 20," said Wim Stocks, General Manager and Chief Executive Officer of WorldGaming Network. "As with our past events, we are pleased and honored for our extraordinary partnership with MLSE and Toronto Maple Leafs for bringing this tournament and experience to life; special thanks as well to Scotiabank for their amazing support of all things 'Chel'."

Are you pleased to see this competition return?

Finnish Ice Hockey getting a virtual finale to season

The Finnish Ice Hockey board has announced its plan to go digital and conclude the domestic season.

Online competitions lead to live events and a $20,000 USD grand final, wrapping up the competition in February of next year. 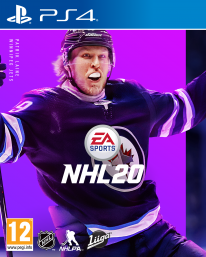