Shacknews are reporting that Ensemble Studios have let go of non-essential staff not working on Halo Wars slated to be released in the first half of next year. Shacknews cites multiple sources claiming the studio will be shut down after Halo Wars has been completed. It is also claimed that they are offering incentives for those working on Halo Wars to stay on until the game is completed.

Ensemble Studios are best known for the Age of Empires games. The studio was started in 1995 and is fully owned by Microsoft. Microsoft have chosen to shut down one or two studios lately to slim their organisation, and they have gotten rid off a few PC franchises. Perhaps Age of Empires was not considered a part of Microsoft's future plans?

No official word from Ensemble Studios or Microsoft has been released yet.

If you want to know more about Halo Wars - check out the interview below:
GRTV: Interview with lead designer Dave Pottinger on Halo Wars

Halo goes down the strategy lane as Ensemble deliver their final game. Have they nailed RTS controls on console?

"Whoring out the Halo franchise"

Impressive for a console RTS

Check out our video review on Ensemble Studios' last game - Halo Wars? Have they nailed RTS controls on console? 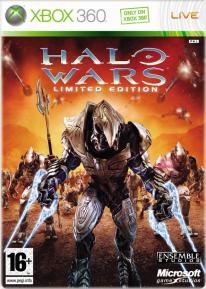