Players in The Elder Scrolls Online should look to the skies of Tamriel, because the Season of the Dragon is about to start. We're talking about the newest expansion coming to ESO in 2019, called Elsweyr, which all revolves around dragons and the Khajiit people.

In this expansion players will have to defend the Khajiit against dragons unleashed by Abnur Tharn and the Imperial usurper queen Euraxia. In this province of Tamriel there are fertile grasslands and scorching deserts, moon-sugar farmers, wandering nomads, Imperial occupiers, and roaming bandits. To fight back those threatens, players will be able to choose a new class - the Necromancer, sorcerer of the death.

As expected, this is due to be a big expansion, as on top of the new zone of Elsweyr we also have a new main story questline tied to the Season of the Dragon; a new 12-player trial called Sunspire; new world events in the form of Dragon Attacks; new public dungeons, delves, and quests; and of course updates and tweaks.

We'll have to wait a while, as the dragons will only arrive in the heat of summer, with the Early Access version for PC and Mac landing on May 20. Everyone else, including console players, will have to wait until June 4, although the Wrathstone DLC dungeon pack will arrive before this, being one of the DLC packages included in the Season of the Dragon.

If this has tickled your fancy be sure to catch the trailer down below as well as the screenshots which show the dragons off in all their glory. 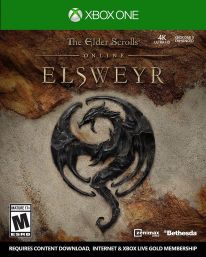