Gameloft yesterday announced they had acquired the rights to develop and release an Earthworm Jim game. They are currently in development with the title expected to be made available on Wiiware, PSN and Xbox Live Arcade. Exactly what type of game it is has not yet been confirmed, but considering the number of titles from the same genre (New Super Mario Bros), (Bionic Commando: Rearmed) and (Turtles Re-Shelled) to have garnered significant levels of success, it would make sense for Gameloft to follow a similar vein.

Earthworm Jim will be released on the Xbox Live Arcade some time in the autumn with a release on the other formats expected a month later.

His name is Jim, and he's a worm

Earthworm Jim is back

The worm will be downloadable 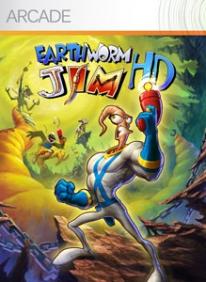