We're still a couple of months away from the continuation of the F1 series by Codemasters, in F1 2021. But, that hasn't stopped the developer from announcing the cover stars for the title, three athletes that will feature on the box art for the game.

EA has also expanded on the different versions of the game that will be on sale at launch. The Standard Edition will include the game, and will offer up the Braking Point pack as a pre-order bonus that will provide various cosmetics of the fictional drivers that will be part of the new mode, as well as giving 5,000 Pitcoin - a virtual currency to spend in-game.

The Digital Deluxe Edition will feature everything in the Standard Edition, but also three days early access and 18,000 Pitcoins to spend as you see fit.

Both are available to pre-order today.

The first round of the competition is set to commence on October 13.

Content updates for October and November have also been outlined.

But ray tracing has been recently re-enabled on the console.

Sales for the Switch exclusive title were down by 74%.

It was causing instability, so Codemasters has cut it out for the time being. 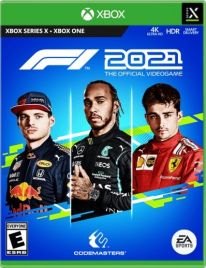