EA Sports stuck with Tiger Woods through his hard times, but now it seems the publisher has felt that Tiger's name doesn't belong on the box anymore. Or perhaps Tiger doesn't like their money anymore? Anyway, the split was described as mutual.

"EA SPORTS and Tiger Woods have also made a mutual decision to end our partnership, which includes Tiger's named PGA TOUR golf game. We've always been big fans of Tiger and we wish him continued success in all his future endeavors."

For now EA Sports simply refer to the game as "our next generation golf game", but it is likely going to be called PGA Tour Golf with an appropriate number attached to it.

They also released one comparison shot of current gen and next-gen version.

Golf is now part of the vault.

Another week at the top of the UK sales chart.

Expired licence means one of the big four is left out.

Next game won't carry his name. 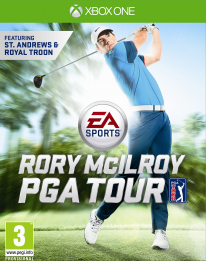