EA has revealed details on its FIFA 21 Global Series, which is set to kick off after a series of preseason events. The 2021 series will feature an updated tournament structure and will see India as a participating nation for the very first time. Registration for the series is set to open on October 9, which is the date that FIFA 21 launches on PC, PS4, and Xbox One.

Lastly, the FIFA 21 Global Series: FIFA 21 Challenge will take place on October 29 and will see Footballers and FIFA pros clash against each other.

"Our star-studded FIFA 20 Stay and Play Cup received a greater global and mainstream response than we could have expected. Broadcasted in over 100 countries, the event served as a new launching point for the team as we began to pump even more innovation and excitement into our competitive ecosystem," said Brent Koning, EA SPORTS FIFA Commissioner. "This year we are bringing more entertainment through unique competitive formats while tapping into the biggest leagues, brands and football names on the planet. We can't wait to deliver the most engaging, accessible, and talent-filled FIFA season in history." 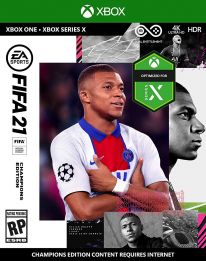