Earlier this month, EA Motive's Star Wars: Squadrons was released to much acclaim from both press and gamers. But it was also revealed that no DLC is planned for the game, and now we might have gotten a hint of why.

In a lengthy post over at EA.com, EA Motive's GM Patrick Klaus, reveals that the studio currently is working on "several unannounced projects." and adds:

"Innovation is tough, but it's also exciting and energizing. With our new mission, we're trying a lot of things and testing many ideas which you can't get attached to, as iteration and experimentation are healthy and a key to finding something great. The team is super talented and we're all striving to make aspirational games that push the boundaries of what players expect now and into the future."

Back in June, we reported that EA has plans to "double down" on Star Wars games, and we assume this is also a clue to what EA Motive will do next. The studio was previously involved in making the campaign for Star Wars Battlefront II, and a third game is widely assumed to be coming at some point as well, so maybe that has something to do with its plans.

What would you like to see EA Motive do next? 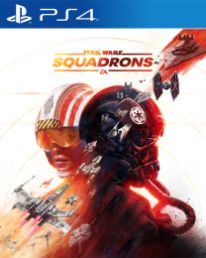