The Swedish EA studio Ghost Games is looking to refocus itself more towards game engineering and as the studio strays from development, Burnout and Need for Speed: Hot Pursuit developer Criterion Games is set to take over the Need for Speed franchise once again.

Speaking to Gamesindustry.biz, EA stated that it's looking to transfer most of the Ghost Games non-engineer staff over to Criterion and other studios within the EA network because of a lacking amount of acquired talent in Gothenburg but that 30 roles at the company are still up in the air as to what they'll be doing next: "Outside of the engineers and those that we plan to transfer to other positions, there would be 30 additional staff in Gothenburg, and we would hope to place as many of them as possible into other roles in the company,".

Are you excited for this developer switch? 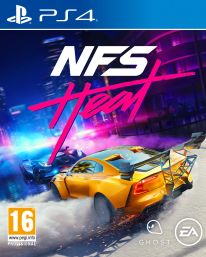