Coming to Xbox 360 and PS3 next month, Dynasty Warriors 8 is the latest game from Tecmo Koei in the long running series that sees players embroiled in huge battles set against the backdrop of ancient China. It's based on Luo Guanzhong's historical novel Romance of the Three Kingdoms, and features a plethora of different characters, "what if" scenarios and alternate endings, plus lots and lots of fighting. 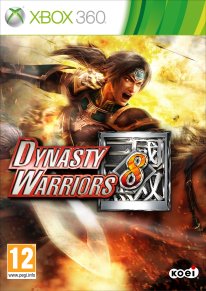