Tecmo Koei has just announced a release date for the next game in the Dynasty Warriors series, with the 8th instalment set to land in Europe on July 12 on Xbox 360 and PS3.

Once again the story centres on the kingdoms of Wei, Wu, Shu and Jin as they fight to gain control over the Three Kingdoms of China, though this time we can expect multiple endings, and extra modes "with synergies between action and game systems".

We'll also see "What if" scenarios that'll see the series break away from history, posing questions like what would happen if certain characters had lived to fight another day. As per usual there's to be dozens of playable characters (around 70) and many different stages (upwards of 40). 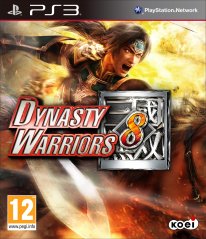