Bandai Namco's RPG has toppled the likes of Modern Warfare and FIFA 20 to rule the UK physical charts this week.

The RPG is landing tomorrow but we can see what awaits in Bandai Namco's retelling of the saga.

A new trailer showcases how you can level up your characters and improve them over the course of the RPG.

We get an overview of what we can expect when the RPG lands this month, bringing more of the Dragon Ball Z universe.

The upcoming action RPG based on the hit manga and anime series Dragon Ball Z, Dragon Ball Z: Kakarot, is set to release soon and now we know the system requirements.

PREVIEW. Written by Ingar Takanobu Hauge on the 16th of December 2019 at 12

We traveled to Stockholm to play the first three hours of the upcoming Dragon Ball Z RPG.

You'll collect Dragon Balls in the world, and by reviving fallen characters you can unlock unique dialogue options. 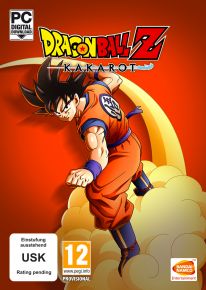