NPD is the company providing us with sales charts from the USA, and unlike many other similar organisations around the world - they also tend to have access to digital numbers (at least for Playstation and Xbox). Unfortunately, the spending on software was way down in January, 31% less than January last year.

According to NPD, this is mainly because of fewer big releases (January 2019 had the releases of Kingdom Hearts III and Resident Evil 2), but also the upcoming hardware transition into new generation consoles Playstation 5 and Xbox Series X, seems to have contributed to the lower results.

But there were a couple of bright spots though. One of them was the Switch, which once again was the best selling console in the USA - something that is has been for a long time now. The Xbox Elite Series 2 controller continues to do really well, and NPD tweets that it is the best selling peripheral for the third month in a row, and that it is "the fifth fastest-selling video game accessory in U.S. history". Quite impressive for a $180 controller, which really shows this is something gamers want.

Finally, we have the best selling software of the month, which is Dragon Ball Z: Kakarot. We recently reported on the fact that it has sold really well, and it seems like an RPG based on the Dragon Ball franchise was something the community really wanted. 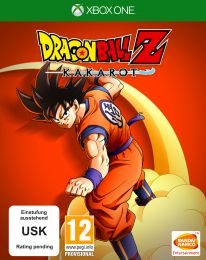