The appearances of Goku and friends on PS3 and Xbox 360 will be remembered more for the number of entries than their quality.

One of the few that I recall with some love is the PS3 title Raging Blast (despite its crazy camera). It was built on the foundations of the PS2 Budokai Tenkaichi series, and while the third entry in that series was the best Dragon Ball experience on console, there was something about Raging Blast in how the gameplay continually surprised you. I mention this because Xenoverse has a lot in common with the best entries of the series.

Though oddly, the game mirrors Bungie's Destiny in a few ways, with the story mode playing out in Toki Toki City, similar to Destiny's Tower. To look for items, upgrade your character, complete side quests, fight quick battles and other tasks, you need to navigate around the City's rather expansive area. It's a level of exploration and slower pace that feels at odds with the expected hectic experience of a Dragon Ball video game.

What sets the title apart is that it doesn't retell the storyline of the series as we know it. Xenoverse twists the most significant events of Toriyama's Shonen by way of time-manipulating villains, and you're ushered in to set time right.

It's a great idea though the alternate storylines are uneven at times: in some segments we encounter a couple of brilliant ideas that fans of the series will truly appreciate, but other parts of the story seem to have been treated with less skill.

Developer Dimps wanted to go big with Xenoverse, in the same way they did with the Tenkaichi trilogy. Just look at the amount of content included in the game: there's so much customisation, both in gameplay and visuals.

You've the selection of five races to guise yourself as for this adventure: Earthling, Sayan, Monster (Majin Boo's), Namekian and Frieza.

Each has strengths and weaknesses, spread across ki, stamina and health. Each race - with the exception of the last two - offer male and female characters. Again, the first thing that springs to mind is Destiny's character editor, though here there's not much variety for character models. But once we start donning clothes and accessories, variations multiply to the point that it's difficult to spot another hero like ours. You can go for fan service or a wholly-new creation. There's something for every palate.

Combat remains a problem. Dragon Ball has tinkered with multi-opponent battles in the past, and the more characters there are, the more the system struggles to keep up. Xenoverse strays into 1 vs 5 territory, and these can be a real mess. Skill takes a backseat, and instead the focus is on pure attack power. You have to train your hero up to take the punches, no matter what.

As we travel through time, play secondary missions, we earn level points that enhance endurance, basic attacks, super attacks, ki and energy attacks. Levelling up is essential: don't improve your character and it's impossible to complete the game. Each mission's enemies do more damage and have more health. The need of level progression is taught through losing battles.

So success comes from buying skills. We have seven attack slots to fill as we like. Four dedicated to basic attacks, from passive to power charges. Three reserved for super attacks, one of which consumes stamina instead of ki.

As a result, you're allowed to develop your own style, and stumbling on attacks that compliment each other to allow for combo chains is wholly attractive. It is a system that invites you to explore all the possibilities, and becomes an addiction.

Another major strength to Xenoverse is multiplayer. This activity takes place in Toki Toki, the meeting point for all players. From there, we can undertake cooperative missions, quick fights or just simple fun interacting with people thanks to a gesture system akin to Monster Hunter's. Multiplayer is due to get some additions in future, but as it is, it shows a lot of promise. However at the time of writing we haven't been able to dig in because things don't go public until the end of this week.

Visually, what more is there to say? The cel-shading technique was already outstanding in the previous console generation. As a result though, there's little to differentiate this from what has come before.

But you can also say that about a few other things. Navigating Toki Toki seems to have the same limitations of the old PS2 games with loading times between not-so-expansive areas. Furthermore, buying items could have been consolidated into one or two sellers, rather than five. You don't even respawn back in front of the side mission post after finishing your latest quest. In short, everything requires unnecessary treks.

Dragon Ball Xenoverse could be the cover of the manual that explains good intentions. There's great amount of content and an alternative treatment to the story which, despite not being a 'what if', is already way more than what other titles in this manga have offered before.

But when it comes to the fighting, it has both epic moments - like the combats against an Ozaru - and lackluster encounters with too many characters on screen, where the camera goes crazy and the experience becomes unbearable. If you are a big fan of the series you will enjoy it, even if you have to swallow certain unwelcome elements. But if you are looking for a well-balanced fighting game where skill is the core, I recommend you to look elsewhere.

Gamereactor UK
+
Great amount of side quests, customization and unlockables. Online addition, specially co-op and passive interaction. Stroy, albeit generic, is up to expectations.
-
Despite all content in edition and customization, it's a fighting game after all, and it shows its weak points when it wants to offer more than the norm. Modest new-gen presentation.
is our network score. What's yours? The network score is the average of every country's score

"If you're a series fan, then you'll enjoy what the team have attempted to do here. However, if you're after a well-balanced fighting game, look elsewhere."

Available this week after a slight delay, new sub-plots and GT characters are the highlights.

A couple of images from Dragon Ball Xenoverse 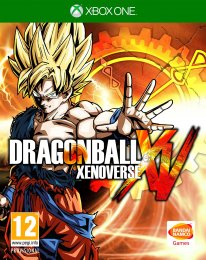 Attack on Titan: Wings of Freedom